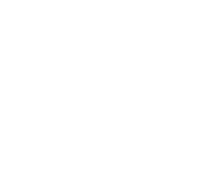 The 100 Year Anniversary on 1 November 2014 of the Departure of the ANZAC Convoy from Albany to Gallipoli, signalling Australia’s commemoration of World War 1, was a very significant milestone in history.

Project3 was originally contracted by the City of Albany to conduct a scoping study in early 2013 to advise and inform their event planning for the period. Upon completion of the initial phase of the contract and based on Project3 recommendations following comprehensive stakeholder consultation the scope of contract was broadened significantly.

Project3 was ultimately contracted jointly by the City of Albany and State Government to develop and deliver a complex schedule of events and lead the consultation and coordination process with the key stakeholders and partners in the project. The partners included the City of Albany, Department of Premier & Cabinet, Tourism WA, Department of Veterans Affairs, Royal Australian Navy, Returned Services League and many others in support.

The 2014 events were a resounding success, applauded around Australia and abroad with extensive media coverage and live radio and television broadcasts. Over 40,000 visitors attended the event program and delivered greatly increased awareness of Albany’s important history as the point of departure for the first ANZAC troops to Gallipoli.

Project3 managed the funding and sponsorship acquisition process, securing over $2M in commercial support. Engagement and liaison with stakeholders at all levels was led by Project3 across all operational aspects.

With more than 40,000 people in attendance at a regional and remote location in Western Australia, including international dignitaries, Project3’s highly experienced event management team engaged across all areas from programming, site management, marketing and media management, risk management and control, volunteers and community liaison.

Project3 was again contracted by the City of Albany in 2015 to develop and deliver a program of events for the 100 year anniversary of Anzac Day in support of the RSL activities. And finally in 2018 the City of Albany contracted Project3 to develop a succession event strategy for Anzac Day commemorations beyond the anniversary period and ultimately delivery of the final event in the period in April 2018.

“Just a quick note to advise, if I haven’t told you already, how extremely grateful I am that Project3 are assisting us with ANZAC. Your professionalism and demeanour inspire a lot of confidence and I have the utmost respect for your presence on this project which means so much for Albany.”